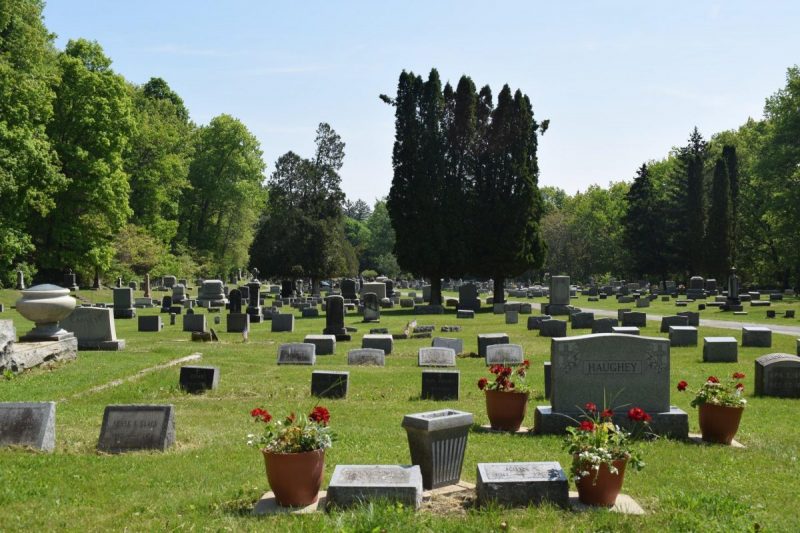 I originally wrote this in October of 2018. This weekend I am going to the funeral of one of my favorite aunts, the eldest daughter of the grandmother I talk about in the essay below. This still resonates deeply with me, so I thought I would share it.

As I was driving to work this morning in Erlanger, Kentucky, a DJ on the local radio station was talking about a situation where she was not sure what the correct etiquette was.  She and her radio partner called up Lizzie Post, the granddaughter of the famous etiquette guru, Emily Post, to get some formal, knowledgeable advice.

The DJ’s situation was this – she attended a family funeral the day before, it was a sudden and unexpected death, someone on her husband’s side of the family.  As they were at the cemetery, she had the urge to take a picture of the scene, which she described as beautiful.  She did not go into details, but I imagine she was talking about the love, family and friends in that scene.  It was a beautiful day yesterday so that may have added to the beauty of the scene.  She was unsure of what the etiquette was and thought about how her husband’s family was a very private family and wondered how they would feel about a picture in this situation.  In the end she decided to not take the picture and just be in the moment.  A great lesson for us all, to be present in the current moment, because that is what truly matters.

I bring up this topic because I had a similar situation and urge to take a picture at my Grandmother’s funeral.  I was lucky enough to have lunch with my grandmother the day before she passed, she was in great spirits and I remember the time fondly, especially since I feel so fortunate that I went to see her.  Who knows how I would remember that whole time if not for that lunch on a Saturday afternoon.  She passed away the next day, Easter, which I think would have pleased her, if she had to go, not many better days than Easter Sunday.  As a side note, that Sunday morning on the way to my parents house was the one and only time I got a 911 page, yes, it was the time before cell phones when we all had pagers.

At my Grandmother’s funeral there was an open casket and my grandmother looked AMAZING.  She looked so beautiful with her hair done, her makeup perfect and a lovely baby blue dress, she really did look like she was just sleeping.  It was a moment I wanted to remember and I wanted to take a picture.  I don’t recall if I had a camera or not, I almost always had one with me in those days (before everyone had one on their phone), but I did not think it would be appropriate, so I did not try and take one.  Later I told my godmother that I wanted a picture and she said, why didn’t you tell me, I would have taken it!!  That was nice to hear, because it made me not feel weird about it.  Another side note, I learned at her funeral that her middle name was Rose, which I never knew, and now I have a very strong affinity for that name.

I think my situation was a little different than the DJ’s because I wanted the picture for myself, and she thought it was such a great moment she wanted to be able to preserve it and share it, but that really isn’t the point.  The point is to live life in the moment, to be present and experience each moment as fully as possible – which is the decision we both ultimately made.  Clearly, even without my picture, I am able to easily recall the entire experience, even if my memories are a little fuzzy or incorrect, it takes me back to that time and I didn’t need a picture to remember it after all.

Wrapping up the part about the DJ, Lizzie Post said that she really nailed it, she thought about her husband’s family and how they would feel and then decided to just be in the moment.  Just because we can record everything, does not mean we have to and does not mean that we should, let’s try to experience life more, rather than record it.